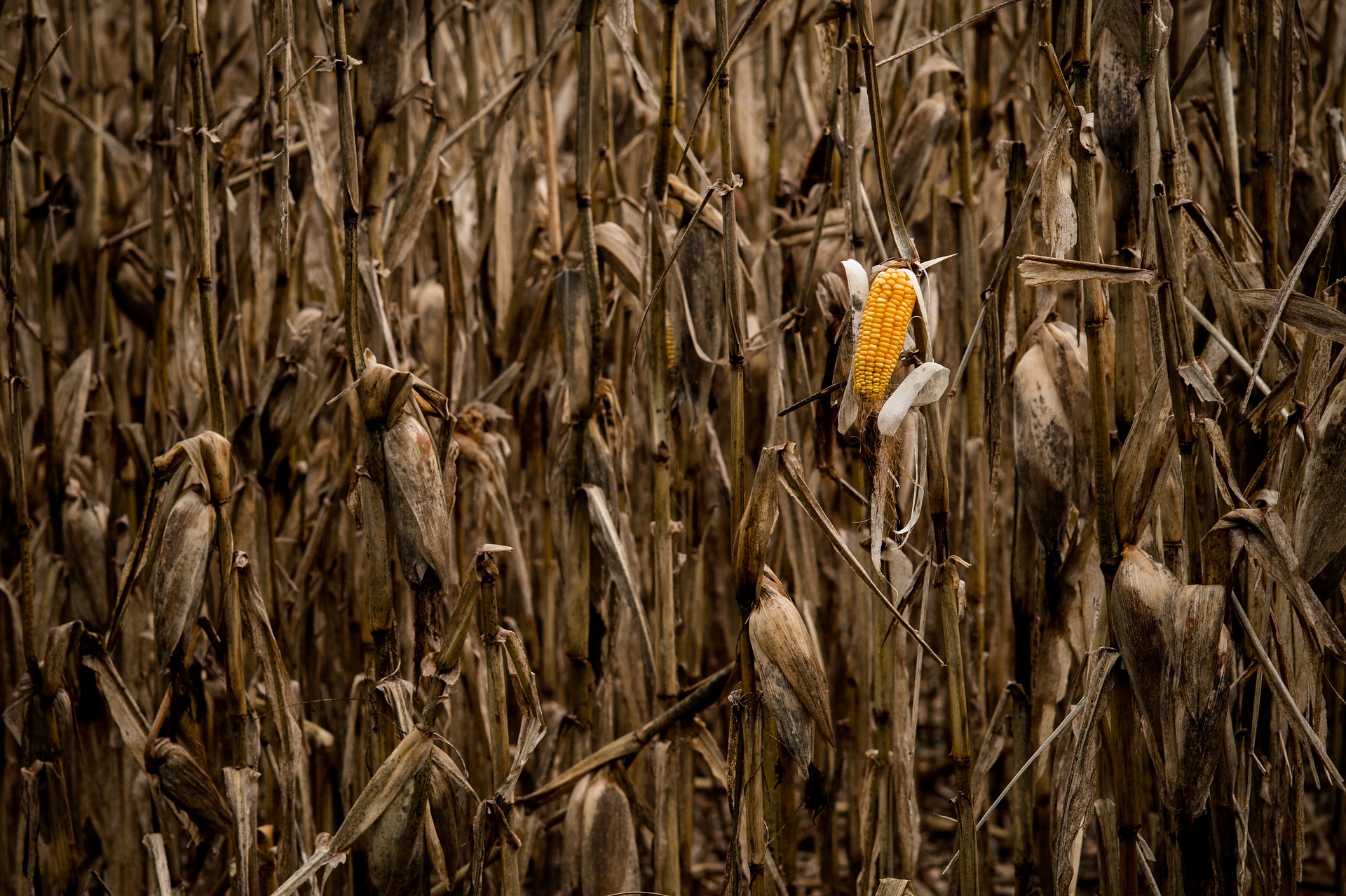 As an Amazon Associate I earn from qualifying purchases.

I hate husking corn. Every year my family would cut the corn from thousands of corn cobs to freeze for the winter. I was always astounded at the size of the “waste pile” we created to end up with 2-300 cups of corn.

I would no longer be astounded. Since I took up composting I would be ecstatic!

In general, all parts of corn can be composted including the cob, husks, and stalk. In addition to adding valuable nutrients, you can expect properly prepared corn cobs and stalks to break down in your compost pile in as little as 2-3 months.

However, if you do it wrong you can expect to see corn cobs poking out of your compost heap or tumbler for the next year or two.

Properly composting the remains of your corn dinner does require a bit of work and patience. However, you probably wouldn’t be into composting if you didn’t have patience!

How To Prepare Corn Cobs and Stalks for Composting

Like all large and complicated things, you are adding to your compost pile, corn cob stalks need to be properly prepared before you can simply add them to the pile. Many people make the mistake of not doing this properly and causing their decomposing cycle to almost grind to a halt.

As larger foods can already take longer to decompose, those that are fibrous and air-filled naturally take even longer to do so.

Doing these exactly right will mean that your corn cob stalks will disappear within the other mulch and compost.

Your corn cob stalks should be almost shredded when you add them to the compost pile, with many people cutting them into 1-inch slices, then dividing that even further, usually opening them up as well.

This process may require a fair bit of work as the corn cob stalks can be quite hard and difficult to cut, especially if they have dried out for a few days.

However, cutting the corn cob stalks up means that they will not take up large chunks of space throughout the compost heap. Instead, the smaller chunks will happily mix in and create smaller air pockets that make the entire decomposing process much faster.

This means that you can easily enjoy good compost without having to stress about large chunks of corn cob stalks poking out of your garden.

How Long Does It Take Corn Stalks To Decompose?

This is the part that many people hate about corn cob stalks, especially if they have not read up on how to properly do it. If you throw the corn cobs whole into your compost pile it can easily take up to or more than a year to fully decompose.

However, if prepared properly this should only take up to 2 months, with some active compost techniques shaving that down even further.

Becoming the ultimate composting master is all about learning how your compost heap is affected by things as well. Usually, it should be noted that when you are processing corn cob stalks it will greatly change the entire eco structure of your composting heap because of the overall effects of the corn cob stalks.

This is why you need to be prepared as well, adding them in with other hard-to-decompose things will cause your decomposing to slow down.

Usually, you want to add in corn cob stalks with other wetter, and faster decomposing things, such as tomatoes, old potatoes, lettuce leaves, and some waste foods. This means that the dryness that the corn cob stalks are adding won’t cause problems and kill any of the bacteria that need moisture to live in.

This is also where the best part of adding corn cob stalks comes into play for your compost heap as most other things can become too packed in.

Do Corn Cobs Add Anything To Compost?

Corn cob stalks will decompose and eventually become mulch like everything else, however, because of the strong fibers inside them and the space inside they will affect aeration.

If prepared properly this is the best thing that will happen to your compost heap, as the corn cob stalks are adding places for the movement of air through the compost heap.

This means that worms, bacteria, molds, and algae are all capable of easily becoming spread out through your compost heap. Helping them work faster and more effectively to decompose everything, including the corn cob stalks that you have added to the heap.

Usually, people will even keep a few corn cob stalks separated for later use when they see their compost heap is becoming too packed together.

As the corn cob stalks start to decompose more and more their internal fibers become mixed in together with the rest of the compost. This allows the compost to have more structure as well, which will make it more effective when it’s done and you add it to your garden.

Usually, compost piles with corn cob stalks will easily allow the soil to breathe as well, instead of just becoming a layer of things that are smothering your plants.

Moisture in the Compost Pile

Measuring and controlling the moisture in your compost heap is by far the most important thing you need to do. Too much and your worms might die, algae will grow wild, and things will rot instead of decomposing. While too little moisture will cause your worms to die, while everything becomes sun-dried and too hard to do anything with.

You should add a few more spritzes of water to your compost heap when you know there are fresh corn cob stalks mixed in.  Alternatively, you can try peeing on your compost for added moisture and nitrogen…

There is no real answer to this as both can easily benefit from corn cob stalks being added to them, however, larger open compost bins will not need to have the cobs shredded. This is because these bins have more things composed in them, which means that they can handle larger cob stalks. Further, they will need larger air pockets, which corn cob stalks can easily supply.

Closed composting bins must have shredded corn cob stalks added as these are the ones that can dry out or not work at all with fully-sized corn cob stalks. Most of the time people will shred or even turn them into mulch before adding them to the closed compost bins they have in-home.

Closed bins are not as hardy as open bins as they rely closely on the internal ecosystem that they have built, with many not enjoying sudden disruptions that drastically change this environment.

Overall either one will benefit greatly from the corn cob stalks you are adding to them as they need to breathe and have some space to get better. Most of the time people will need to have their corn cob stalks shredded or just cut smaller to some degree to ensure that they are still going to be a net benefit to the decomposing process.

Corn cob stalks can and should be added to your compost bin to ensure that everything is working and breathing properly. You should just ensure that everything has been processed correctly as just adding them straight from the plate will cause the decomposing process to fail. As with all large and fibrous things you are adding to the bin it should be considered and understood how they will affect the system.

Just ensure that the corn cob stalks don’t have too much corn still on them, this changes things even further! 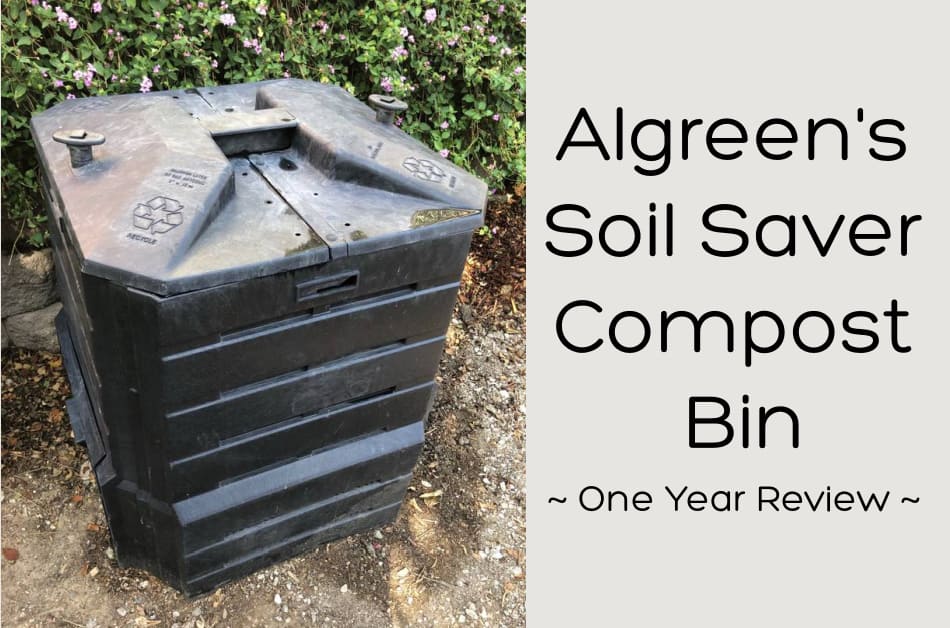 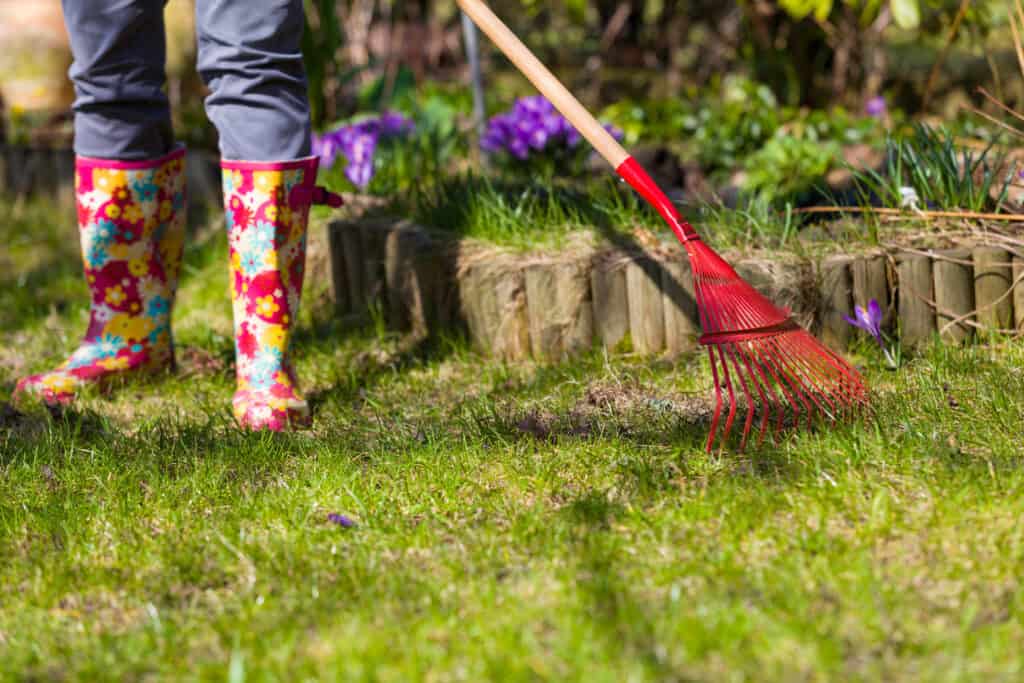 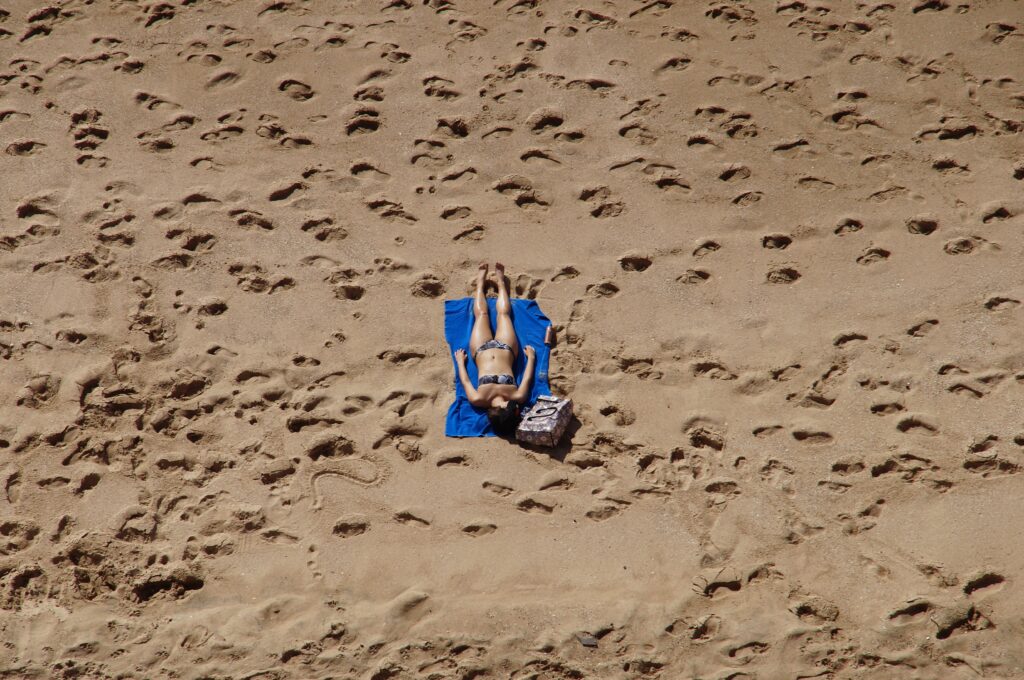 Can I Sunbathe Nude In My Own Backyard? Is It Legal? 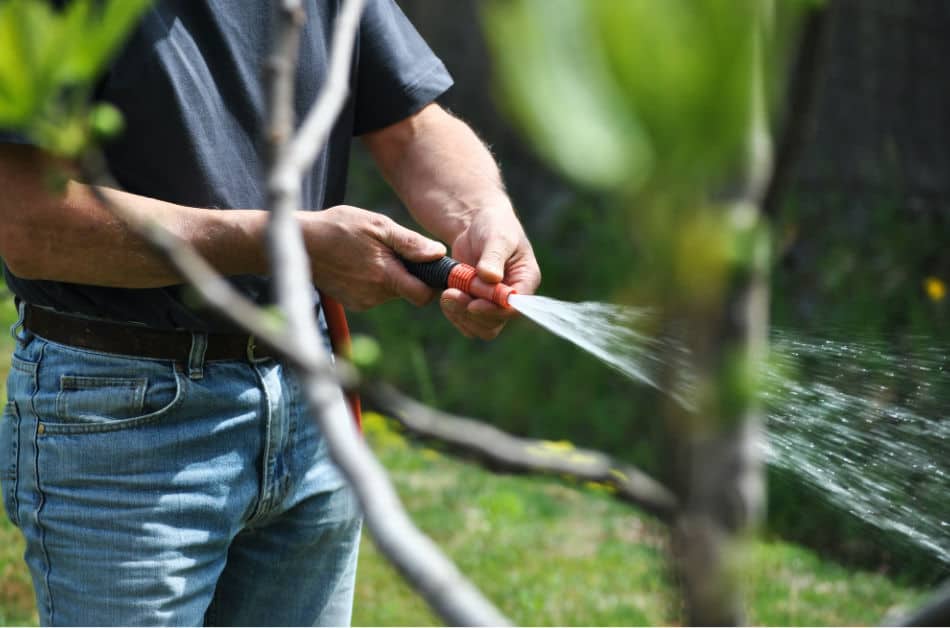 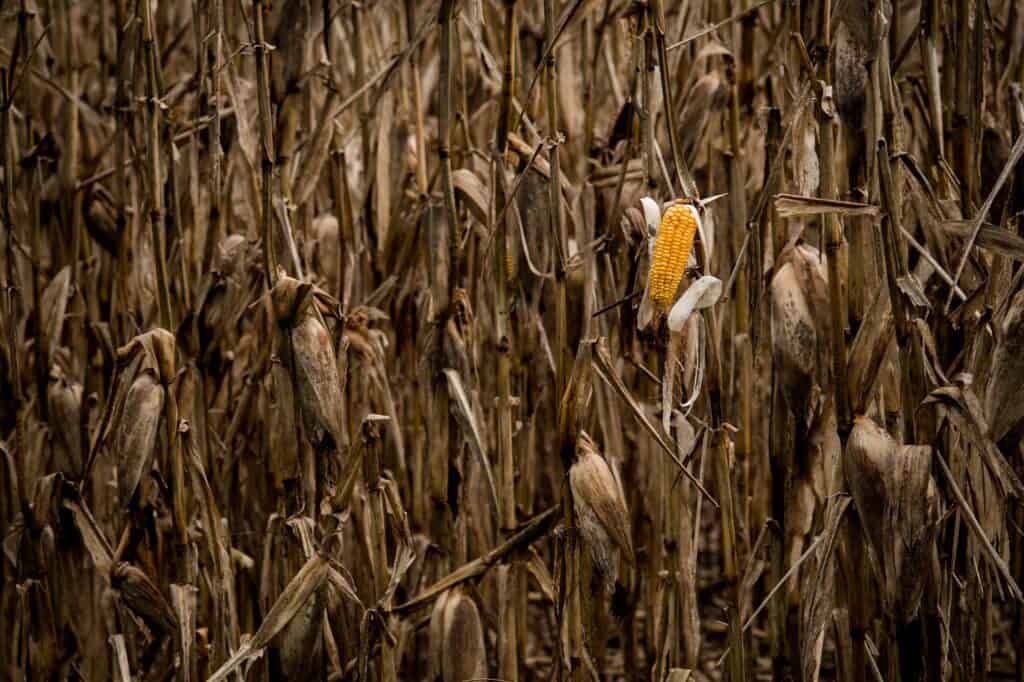 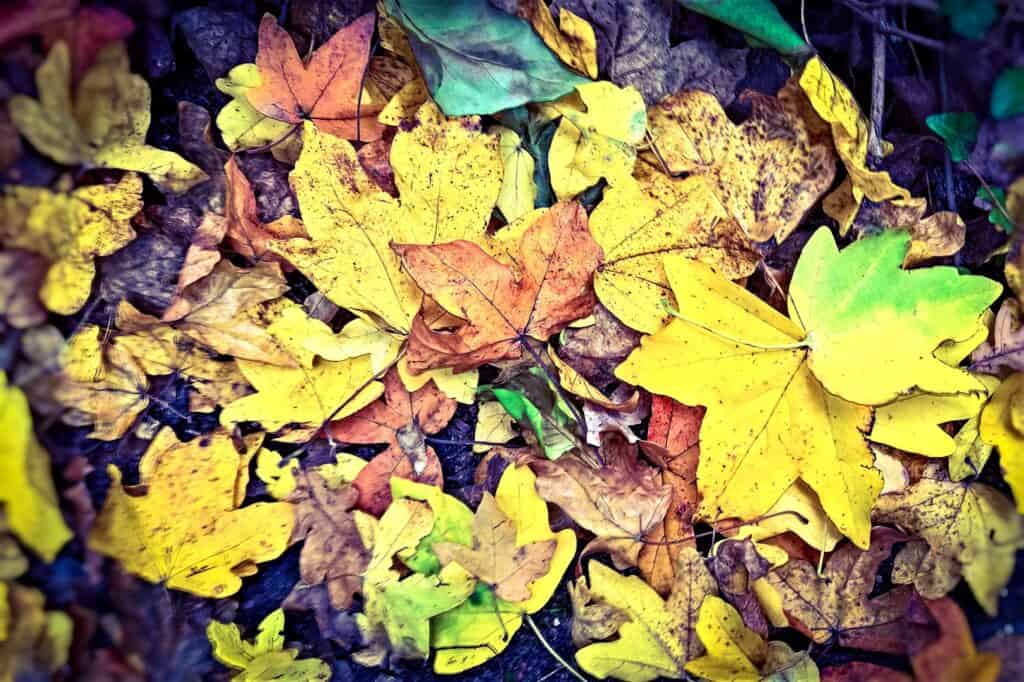 ThatBackyard.com is a participant in the Amazon Services LLC Associates Program, an affiliate advertising program designed to provide a means for sites to earn advertising fees by advertising and linking to Amazon.com (at no additional cost to the buyer) 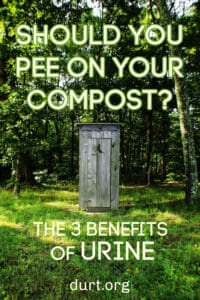 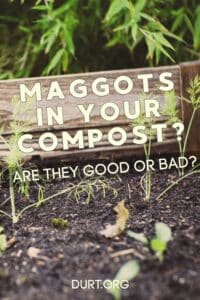 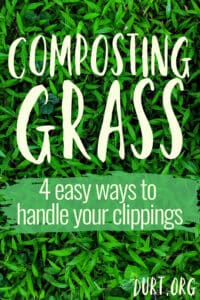 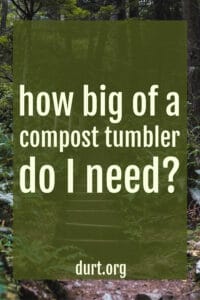 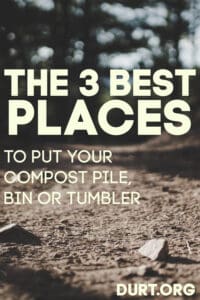 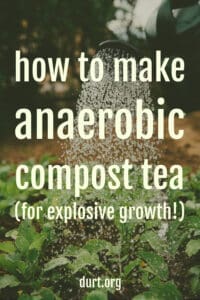